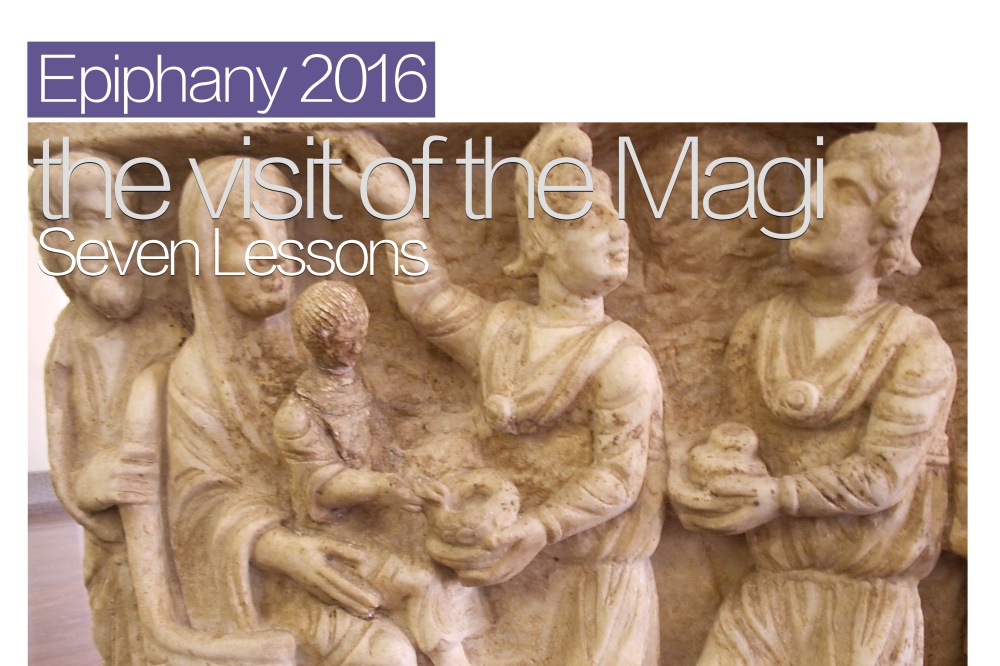 Today marks the end of Christmas and we celebrate Epiphany.

Epiphaneia (greek) literally means manifestation. In today’s language, “epiphany” is used to express a sudden realization or breakthrough in thinking.

Epiphany also commemorates the visit of the magi (plural form of magus or magician), or commonly called “three kings,” who visited Jesus after his birth. It is only found in Matthew’s gospel and would have been striking to Matthew’s Jewish audience. The story of pagan gentile magicians coming with gifts of worship would have been a bit scandalous!

And that is the main point of the text… Christ’s light appears, especially appears, to gentiles, or unbelievers. Salvation is coming for more than just God’s covenant people, Israel. I like Eugene Peterson’s paraphrase of Ephesians 3:5-6:

The mystery [of Christ] is that people who have never heard of God and those who have heard of him all their lives (what I’ve been calling outsiders and insiders) stand on the same ground before God. They get the same offer, same help, same promises in Christ Jesus. The Message is accessible and welcoming to everyone, across the board.”

There is a good bit of church tradition about the visit of the magi, but the text itself is rather short. We know they came from the east, but how far east? We know they brought three gifts, but how many magi were there (some traditions say at least 12)? We know that they followed a star, but how did this star appear and how did it descend just above the dwelling where the holy family could be found?

Some say they were Zoroastrian priests. Syrian Christians gave them Persian names and origins. Chinese Christians believe at least one of them came from China! The magi might have been scholars or from a noble background (they had gold and anointing oil). They may have practiced medicine (Myrrh was used for medicinal purposes among other things). And, they may have been on an official mission to find the next kings with whom they could form quick alliances (a team of “king-makers”).

But this detail should not escape us—they were gentiles, religious and cultural outsiders, who also fundamentally practiced divination. The word magi was the same word used in the Old Testament when Daniel rose to leadership during Babylonian rule of the near east. [We don’t often reflect on the fact that Daniel was a leader of governors and magic workers in a pagan empire.]

Basically, these guys were trained to manipulate the supernatural, which was clearly offensive to the Jewish conscience. For this reason, they are perfect illustrations of people living in darkness, on whom light has shone (see Isaiah 9 and Matthew 4). They are beautiful images of those who Isaiah 60 said would come from foreign lands, bringing “acceptable gifts” and proclaiming the “praise of the Lord.”

7 lessons from the magi

So what wisdom can we glean from these star reading king-makers?   Here’s seven takeaways:

And, what religious or spiritual information did they leave with? Without a copy of the Torah (it’s not like they could have borrowed one from the Bethlehem synagogue) or any New Testament writings (they wouldn’t have been written yet), how did they bring back and contextualize their experience to their own people? Inevitably they found a way, guided by the same Spirit of God that had led them all along. Guessing from the New Testament pattern, it did not require becoming Jewish.

I can hear one of magi singing a song on a star-bright night:

If, in the dusk of the twilight, dim be the region afar,
Will not the deepening darkness, brighten the glimmering star?
Then when the night is upon us, why should the heart sink away?
When the dark midnight is over, watch for the breaking of day.”
(from the hymn Whispering Hope)

On such hope-filled hearts, God’s light shines down. Remember, Christmas is about Christ’s Mission. “Christ’s mass,” literally means “Christ’s sending.” May Christ’s light, which has come to us, go forth us in the same way it did these extraordinary seekers!

*an Epiphany tradition is to write this in chalk above your door post… Christus Mansionem Benedicat, latin for Christ bless this house.

2 thoughts on “Seven Lessons from the Magi”

View all posts by timothykeener